Kate’s Skating Rinks strives to be among the best family operated skating rinks in the United States; by providing each and every one of its’ customers a clean and wholesome environment that is affordable, safe, and fun, with a goal of continuously surpassing customer expectations.

John and Kate Grice, Kate’s founders, were over the youth in their church back in the 1960’s and while taking a stroll around Rankin Lake one day, Kate turned to John and said, “These children need a place where they can get together, be supervised and have fun.”  John then replied, “You know, a skating rink is what we need.”  Thus starting a great tradition in Gastonia, NC, known as Kate’s Skating Rinks.

“No one will skate at John’s Skating Rink, but they will skate at Kate’s!” John Grice said in an interview with the local NBC news one day when asked how they came up with the name.

Opened in Lowell, NC, back on January 5th, 1961, Kate’s Skating Rinks has changed with the times and tried to maintain its’ standing within the community as a place where the entire family can go and have FUN!

Kate’s founder John Grice passed away Tuesday, July 12th, 2011, at the age of 87.  His lovely wife, Kate, passed on Tuesday, February 24th, 2022, at the age of 95. Their loving legacy is carried on by their grandson and his wife, who currently own and operate all 3 locations.  Their granddaughter is also involved along with her husband, in day-to-day operations and social media communications.  They will greatly be missed within the community and their loving family. 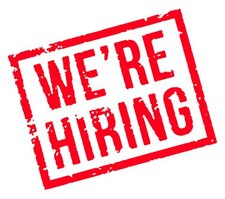 SEEKING EMPLOYMENT?   FULL TIME, PART TIME,  CLICK HERE FOR AN ONLINE APPLICATION
Kate's Skating Rinks is a skate at your own risk facility.  While visiting and skating all persons assume any and all risks associated with the facility and its property.  Kate's is not responsible and is to be held harmless of any injury sustained while at its facilities.  We encourage those who are prone to injury, have been injured before, or those who are or may be pregnant to not skate.We encourage everyone to skate and act in an appropriate matter, and reserve the right to refuse service or entry to anyone not meeting that criteria.  Any patrons not following or adhering to our rules may be asked to leave without refund.  LET'S ROLL!